Not gonna lie, I haven't touched Reycralibur since I finished Icecapades. However, I did finish recording the audio for the retrospective special. All I have to do is apply it to the footage from the series (among others) and can I put this chapter of my YouTube career behind me. ...Right? It's nice to be able to work on standalone films, rather than a long-form machinima series, so I know that the sooner I finish the Reycralibur retrospective, the better. But at the moment, my mind is elsewhere.

I'm currently at work on a new Smash 4 machinima...thing. Just a little experiment that came about from watching GMOD videos. This film I'm working on, much like Icecapades, won't require (much) voice acting. It's just me goofing off with all the Smash Mods I've collected. If I can think up ideas for future installments, I could turn this...thing into a reoccurring series. "You can expect this "thing" to drop by the end of the month...", is what I would say if I was in the mood to bum rush another month just to meet an unrealistic deadline. You won't have to wait forever though, just give me some time.

Speaking of things you need to wait a while for, I've recently finished the script for another installment in the Smash Sisters (working title) series (aside from the one I announced in September). However, I'm pondering whether or not I should use actual voice actors this time. I'm too shy to ask for outside help, but I know I won't be able to work on this particular film without giving these particular characters proper voices. Considering that this is only for one script, there's really no reason not to let someone else do the voices for a change. Whatever I decide, I won't begin filming until after I finish the aforementioned "thing".

Even then, I'm also working on a Smash Sisters script that will be based on improv, much like Great Mission Part III was. I also have ideas for music videos, some leftover scraps from projects I've lost interest in, and I plan on buying a video camera this holiday season so I explore more Green Screening opportunities in better quality. 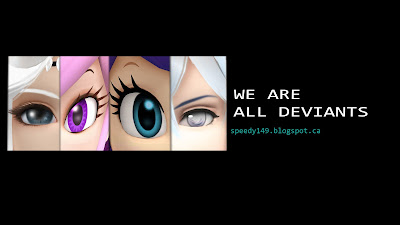 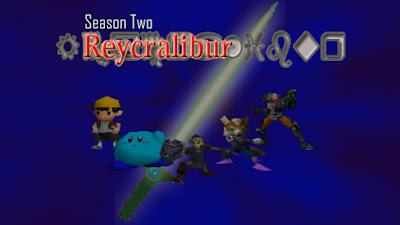 Jacob G♀dspeed
An asexual, non-binary, introverted, Black Canadian trashbag who makes cringy, squicky videos for YouTube. I am Jacob G♀dspeed, but everyone calls me Speedy.